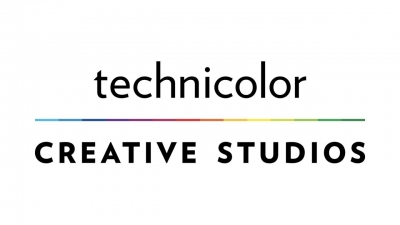 Technicolor announced during its February 24 board of directors meeting that it intends to spin-off and list Technicolor Creative Studios (TCS) as well as refinance the overall company’s debt prior to the deal’s completion. The deal calls for spinning-off 65% of TCS to Technicolor shareholders through a distribution-in-kind, creating two independent listed companies – TCS and Technicolor Ex-TCS – each with an independent management team and access to capital markets. Technicolor Ex-TCS will include Connected Home and DVD services and will retain up to a 35% stake in TCS.  Technicolor intends to list TCS on Euronext Paris.

Technicolor has also received a binding offer to sell its Trademark Licensing operations for €100 million in cash, with completion expected in the first half of 2022. The move will shed operations not considered core assets and provide a significant amount of cash upon closing.

Technicolor also plans to refinance its entire existing debt structure by issuing €300m of Mandatory Convertible Notes (“MCN”) whose conversion into Technicolor shares would be effective upon the execution of the spin-off, which is expected to be completed the latter part of Q3 2022. This MCN is a key component of the spin-off process and is supported by selected subscribers who have committed to subscribe to the full amount.

According to Technicolor CEO Richard Moat, “The transformation of the Group carried out over the past two years has resulted in us having three profitable businesses which are global leaders in their respective markets. In addition to executing our transformation program, the Board of Directors and management team have continuously evaluated strategic options to unleash the value potential of our divisions. After a comprehensive review, we determined that pursuing the partial spin-off of TCS from the Group along with the full refinancing of the existing debt will be the solution that best aligns strategy, value creation and financial objectives for all of Technicolor’s stakeholders. We are convinced that this operation is a unique opportunity to ensure both TCS and Technicolor Ex-TCS have the adequate capital structure to support their developments, long-term ambitions and organic growth. The execution of these operations will allow both companies to pursue their own strategic agendas, be more agile and ultimately thrive as independent businesses.”

The company also reported that it met its 2021 guidance, with adjusted EBITDA reaching €268 million, adjusted EBITA €95 million, and Free Cash Flow before Tax and Financial €(2) million.

It also confirms its 2022 guidance by noting:

Following the appointment of Christian Roberton as President in 2020, TCS has been fully reorganized to run in a more “efficient and agile way.” The studios have been integrated under dedicated business lines with MPC for film and episodic VFX, The Mill for advertising, Mikros for animation and Technicolor Games to serve the gaming industry, achieving significant synergies and efficiencies.

According to Technicolor, the newly listed company will benefit from “unique technological expertise, longstanding customer relationships, a large-scale production platform in India, a unified pipeline toolset, and access to unique talent pools supported by its world-leading Academy training programs.”

Technicolor went on to say that with the proposed spin-off, TCS is “making a further step to accelerate organic growth and expand into scalable markets, capitalizing on the wave of burgeoning demand for content. Its ambition is to reinforce its status as the leading collaborative global VFX player, driving innovation and creativity through growing and evolving environments for filmmakers, brands, games companies, streamers and the metaverse.”