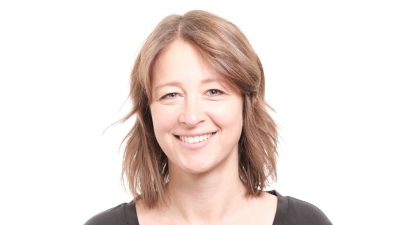 With a background in management and accounting, Poitras joined the FOLKS team when the studio was founded in 2012. Her tenure has evolved from producer to executive producer, to head of the Montreal studio, and now, to her latest position as studio president. She has actively contributed to the studio’s identity, and culture, was instrumental in the company’s expansion to Toronto, Bogota, and Saguenay, and was a driving force behind FOLKS’ acquisition by The Fuse Group in April 2020.

“Since the early beginning of FOLKS, Amelie has been a driving force in building our operations, culture, and ultimately our brand,” noted Bergeron. “Her entrepreneurial spirit and dedication to delivering the highest level of quality and service to our clients make her perfectly suited to be FOLKS’ next president.”

“FOLKS has had a meteoric growth trajectory over the past few years,” shared Poitras. “I am incredibly excited and honored to help drive the next phase of growth for the FOLKS brand alongside our amazing team of artists and our sister brands within The Fuse Group. What is very important to me is to maintain our culture and human approach as we scale studios and expand all around the globe.”

Poitras’ collaboration with the management of FOLKS and sister studios FuseFX and Rising Sun Pictures was important in the studio’s integration into The Fuse Group. She has also been an active advocate and facilitator in promoting women in leadership positions.

“At FOLKS, we are incredibly proud that approximately 33% of senior managers and artists are women and continue to strive to increase our diversity and inclusion throughout the enterprise,” added Poitras. “Women have always played an important role in leadership positions at FOLKS. We have two women running the Toronto and Bogota studios. As well, all our executive producers are women.”

She continued, “Although initially a predominantly male industry, it has become less and less so. It’s very inclusive and diverse; I’ve never felt any barriers. Our mission at FOLKS is to create exceptional visual effects that bring the vision of world-class filmmakers to life by providing an environment driven by excellence, creativity, collaboration, and kindness.”