Marvel Studios has shared a new trailer and poster (see below) for Thor: Love and Thunder ahead of its July release.

The new footage first finds Thor (Chris Hemsworth) reconnected with his ex-girlfriend, Jane Foster (Natalie Portman) — the former, still hung up on exact number of years, months, and days they’ve been apart, and the latter now donning Asgardian gear of her own, and wielding Mjolnir, the God of Thunder’s legendary hammer, under the moniker of “Mighty Thor.”

Thor’s retirement from superhero-ing abruptly ends when an intergalactic killer, Gorr the God Butcher (Christian Bale), shows up with annihilation on his mind. In addition to help from Jane, Thor gets assistance from King Valkyrie (Tessa Thompson) and Korg (Taika Waititi) to confront the existential threat that Gorr poses. Thor’s adventure also takes him to Olympus, where his identity is laid bare to the citizens of the realm during a cheeky encounter with its supreme ruler, Zeus (Russell Crowe).

At the time of that film’s release, AWN spoke with artists at the Oscar-winning VFX studio Framestore about the making of Ragnarok, who shared how they created the movie’s epic battle between Thor and an army of undead soldiers atop Asgard’s Rainbow Bridge.

The VFX for Thor: Love and Thunder are being handled by Industrial Light & Magic, with Frazer Churchill and Hayden Landis serving as visual effects supervisors. (See ILM’s full team for the film here.)

Thor: Love and Thunder opens in theaters stateside on July 8, 2022. 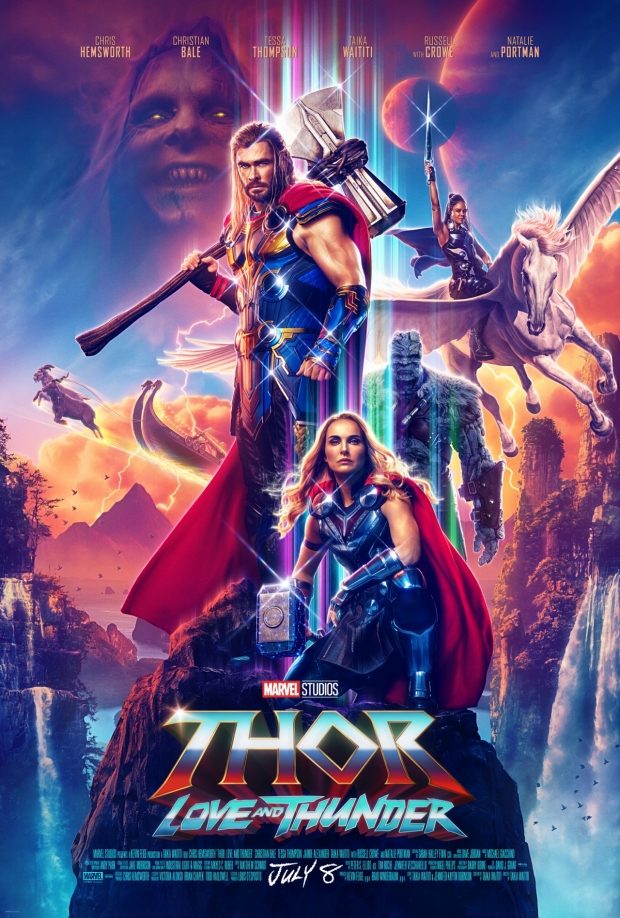