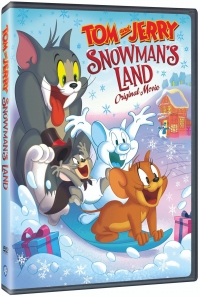 In the movie, magic is in the air when Jerry and his nephew Tuffy make a snow mouse that miraculously comes to life! To keep their new friend Larry the snow mouse from melting, Tuffy and Jerry must race him to the fabled Snowman’s Village. In hot pursuit, Tom and the devious Dr. Doublevay have their own plans for Larry’s magic.

Did someone say “Hijinks?”

Whitney is a freelance writer focusing on VFX-driven fantasy film & TV as well as preschool animation.