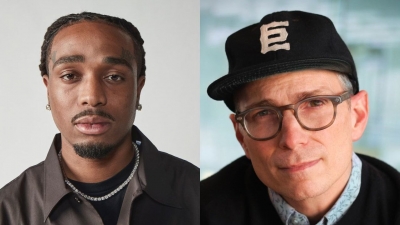 Takeover is the first co-produced scripted project that taps into QC’s roster of artists, using Trioscope’s proprietary, imaginative style of animation. Set and filmed in Atlanta, a hotbed of the street takeover car culture, the film will underscore the fascination and controversy surrounding “sideshows,” which Trioscope will bring to life by fusing live-action performances with animation.

Atlanta native Quavo will play Guy Miller, a recent parolee who’s attempting to rehabilitate his life, when circumstances propel him back into Atlanta’s thriving and dangerous takeover scene.  He must live up to his reputation as one of the slipperiest street operators in a lethal, head-long race against time.

“The film brings together the industry’s most talented visionaries both on and off the screen,” remarked Quality Films president Brian Sher. “We’re thrilled to deliver an unparalleled edge-of-your seat ride that will introduce many viewers to a world they never knew existed.”

Added Quavo, “I’m really excited for this opportunity, especially shooting in my hometown of Atlanta. This film is an ideal opportunity to further delve into my craft, and I can’t wait to see how the action plays out in this animated environment.”

Don Mandrik, managing director of Georgia Production Finance, leads the capitalization of the film, alongside automotive tech entrepreneur, Take It to The Track USA’s Brian Consaul. The two assembled the financing from within Atlanta’s robust exotic and racing car community and via partnerships with leading automotive brands.

“We are excited to be partnering with the teams from Trioscope and Quality Control on what we anticipate to be the first of many projects together, as they collectively represent some of the best and brightest content creators in the industry,” commented Mandrik.

The news follows a successful year for Trioscope, which has seen rapid growth with a recent $5.25 million investment from BITKRAFT, Sony to further pioneer a genre of animated content for global audiences. Recently, the company expanded its management team, having tapped seasoned animation expert John Evershed as chief strategy officer, as well as former Roblox executive Keith Lucas as key adviser.

In addition to the premiere of The Liberator on Netflix, the company finished production on the short film Night of the Cooters, produced by George R. R. Martin and starring Vincent D’Onofrio, who also directs. The company also has partnered with Dark Horse Comics, Oni Press, Netflix and A&E Studios for unannounced projects.