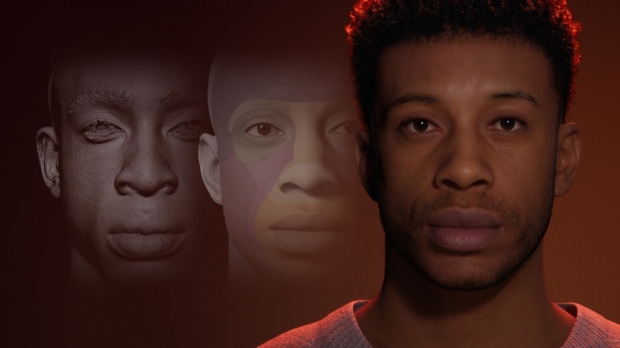 Epic Games dropped the first major feature update of the new MetaHuman Plugin for Unreal Engine, Mesh to MetaHuman. The new feature enable users to convert a custom facial mesh into a MetaHuman, fully rigged and ready to animate. Users can then use MetaHuman Creator to further refine their mesh.

Users start with a textured mesh created via scanning, sculpting, or traditional modeling tools, Mesh to MetaHuman then uses automated landmark tracking in UE5 to fit it to the MetaHuman topology template, combining it with a choice of body type from the MetaHuman options. Next, it goes to the cloud, where it’s matched to a “best-fit” MetaHuman derived from Epic’s database. Finally, the mesh drives the facial rig, while the deltas from the original mesh come along for the ride.

Once transformed into a MetaHuman, the mesh can immediately be downloaded or opened in MetaHuman Creator, where animations instantly come to life, allowing the user to tweak and enhance it. While some elements like hair and skin textures will need to be reauthored or reapplied either in MetaHuman Creator or via other tools, Mesh to MetaHuman gets users to a starting point for a fully rigged digital human from a unique static mesh in minutes.

Check out New Release Brings Mesh to MetaHuman and More:

Unreal Engine 5 came with a slew of new character rigging and animation features, including artist-friendly authoring and retargeting toolsets that are now available with the update.

Control Rig is integrated with Sequencer, where characters can be animated, saved, and have poses applied using the new Pose Tool. New facial poses have also been added to MetaHuman Creator.

Users can transfer animations between all MetaHumans and other characters Using IK Retargeter, even with different body proportions. MetaHumans are compatible with UE4 and UE5 mannequins, opening access to thousands of existing animations on Unreal Engine Marketplace. 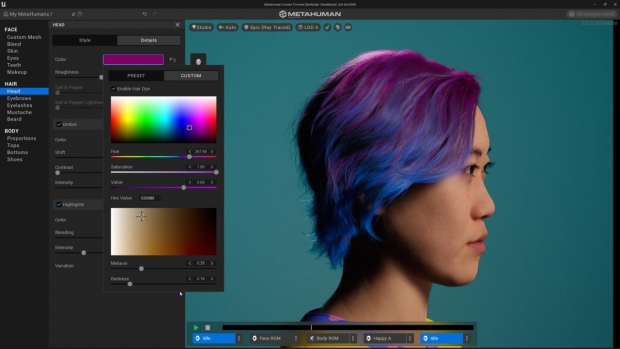 The IK Rig enables interactive creation solvers and goals that perform pose editing on skeletal meshes. For example, the rig can adjust a character additively while maintaining the existing animation, such as having the MetaHuman always look at a particular target while walking.

With Chaos as the default physics engine in UE5, MetaHumans ships with active ragdoll physics—which can target believable poses, even trying to protect their heads when tumbling. Users will also find an added level in the MetaHuman Sample project that demonstrates how to use the new physics assets and ‘get up’ animations with your Unreal Engine project. 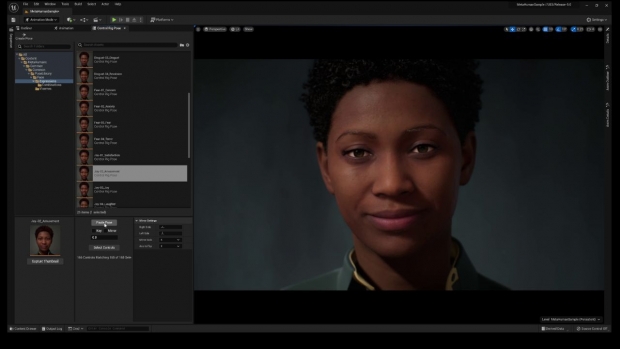 Some fun and useful new features in MetaHuman Creator include the addition of 10 new facial animation loops that can instantly bring a creation to life. It is great for evaluating how the character’s deformations perform with different expressions without downloading it.

Six new body poses allow for anything from being caught in the middle of a high hurdle to trying out a contemporary dance move with the five new facial poses that run the gamut of emotions.

More clothing options are now available to help characters stand out from the MetaHuman crowd and include the ability to customize colors within fabric patterns, such as polka dots, stripes, or paisleys.

Finally, 13 new hairdos have been added together with additional styles of beards, mustaches, eyebrows, and eyelashes for 23 new grooms. Colors customization ranges from Ombré and highlights features to the ability to color different areas of the Mohawk, Faux Mohawk, and Pulled Back styles separately. The new options offer users a new range of looks for MetaHumans.