Thanks to our collaboration with Tim Reha, Creative Technologist with Wacom Virtual Production, we ‘virtually’ attended HPA 2022 in Palm Springs. Here is our first episode recorded live on the showfloor:

The Hollywood Professional Association (HPA) is a non-profit member association dedicated to recognizing, educating, and connecting M&E businesses with a diverse community that provides creative and technical expertise, support, tools, and infrastructure for professional content creation. 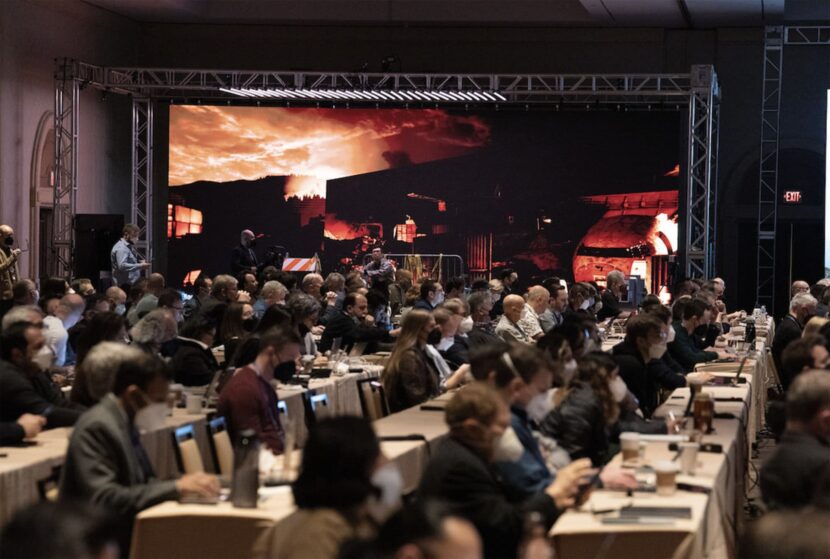 This year the HPA 22 focused heavily on Virtual Production with not one but three live LED – VP volumes at the event and a host of amazing speakers. Via our own virtual production we attended and interviewed a great group of speakers including this first interview with Ben Baker, Erik Weaver, and Tom Thudiyanplackal.

This team is a key force in the USC-ETA program that seeks to develop and share new workflows, techniques, and ideas. As an organization within the USC School of Cinematic Arts, ETC helps drive collaborative projects among its member companies to understand the impact of emerging technology on all aspects of M&E, especially technology development and implementation, the creative process, business models, and future trends.

Central to this process is a series of short films the team makes that allows them to document the practical lessons learned with new tech. Their latest project is called Fathead, and is directed by c. Craig, who also wrote the script (view the script here) c. Craig is a filmmaker from New Orleans’ 7th Ward neighborhood. He is a recipient of the George Lucas Family Scholarship and the Edward Small Award for writing and directing at USC. His film is currently being shot, and we will be following up with further articles once the film is finished and the next USC-ETC white paper is published.

Ben Baker is a partner at Next Generation Production, he is an Unreal Fellow and the Virtual Production EP on Fathead at the ETC. Ben has worked across a broad range of projects in Australia, the US, and the UK, working for broadcast networks, feature film studios, and independent producers as a post supervisor, producer, project consultant, workflow designer, and manager. This has led to consulting for large organizations and corporations like the Sundance Institute, HBO, Warner Bros Studios, Showtime, Vice Media, and the Ford Foundation.

Erik Weaver is a specialist focused on the intersection of cloud and the M&E industry and is currently running special projects for the [email protected] USC, and spearheaded the support for Fathead. At the event, there were three LED volumes. The three stages represented different technology, different vendors, and approaches. One stage, in particular, had the virtual set from Fathead. Erik was also asked to organize and mount the live LED volumes for the HPA event itself, as you can hear this in an upcoming later episode.

Tom Thudiyanplackal is an Emmy-Nominated producer. He is an experienced creative professional, skilled in film production, and story and script development. He attended the Summer 2021 Epic VP program, has a Filmmaking Diploma in Direction & Cinematography from Prague Film School and a Bachelor of Science in Physics from Mumbai University.