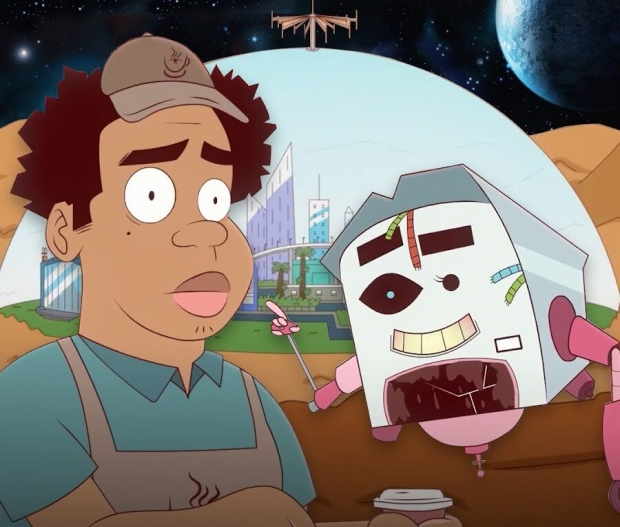 Comedy Central has launched its new three-part digital animated series, Maurice on Mars, which follows Maurice Robinson, a 25-year-old struggling Black artist who happens to work for minimum wage at a coffee shop on Mars. Living in what is supposed to be a utopia, old Earth problems still pop up in the cafe, sometimes as fierce debates and other times as fist fights. Each episode follows Maurice just trying to get through a day of work on a planet far away from home.

Maurice on Mars is created and written by comedian Tim Barnes (The Tonight Show Starring Jimmy Fallon) and produced in partnership with Cartuna animation studio. The voice cast includes Lori Beth Danberg (All That), Clare O’Kane (Shrill), and Dwayne Kennedy (How High, Martin).

The first episode of the animated series premiered Friday, June 10, on Cartoon Central’s Animated YouTube channel and Facebook page. Episodes 2 and 3 will become available on Friday, June 17, and Friday, June 24.

Check out the first episode, “The Drones of Mars” here: