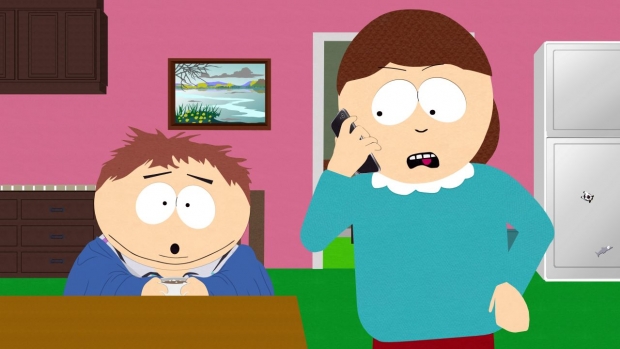 In the episode, Stan, Kyle, Cartman, and Kenny do not get to wear their pajamas to school on the most important day of the year. After failing to show respect for their teacher, PC Principal revokes Pajama Day privileges for the entire 4th grade class. Cartman is distraught. The kids aren’t going to stand for it but PC Principal refuses to back down.

New Episode Preview: Teachers Give You Everything They’ve Got:

Comedy Central’s South Park series launched on August 13, 1997, and is based on the VHS-shared, animated short entitled The Spirit of Christmas. Trey Parker and Matt Stone are the co-creators of South Park. Parker, Stone, Anne Garefino, and Frank C. Agnone II are the executive producers of the Emmy and Peabody Award-winning series. Eric Stough, Adrien Beard, Bruce Howell, and Vernon Chatman are producers. Christopher Brion is the creative director of South Park Digital Studios. 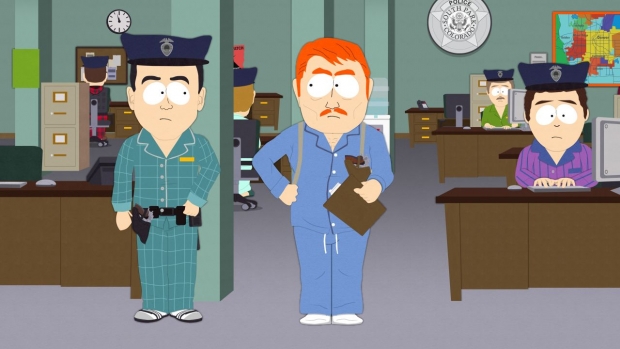 MTV Entertainment Studios’ expansive deal with Parker and Stone includes extending South Park on Comedy Central through the 2027 calendar-year and taking cable’s longest-running scripted series through an unprecedented 30th season. The franchise will celebrate its 25th anniversary on August 13, 2022. In addition to the series extension, the new deal includes 14 South Park original made-for-streaming events exclusively for Paramount+, including South Park: Post Covid and South Park: Post Covid: The Return of Covid. The series has earned five Emmy Awards, to date, and a George Foster Peabody Award.