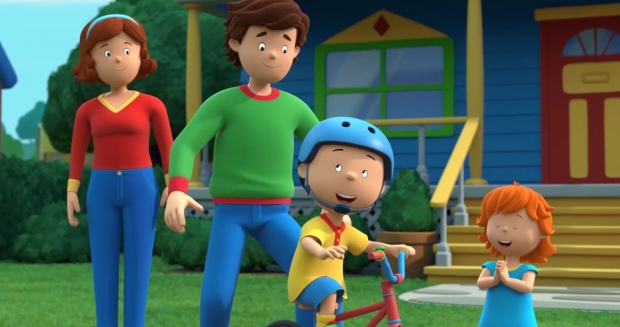 “We’re delighted to join with Peacock to expand the Caillou universe,” commented WildBrain president Josh Scherba. “This is yet another example of how we’re reinvigorating treasured brands from our evergreen library. For over 25 years, preschoolers have connected with Caillou because they can see themselves in these highly relatable stories. Caillou is a kid just like them, facing everyday problems and learning about the world around him. With a new look and stories where Caillou explores the world through wonderful flights of imagination, Caillou is better than ever. We’re confident that today’s kids—and their families—are going to love it.”

“We are overjoyed to work with the team at WildBrain for a new CG-animated version of the beloved Caillou series that won over the hearts of young audiences from around the world,” added Kristofer Updike, vice president, Kids Content, NBCUniversal Television and Streaming. “Peacock is committed to enriching the minds of a new generation to promote emotional expression, creative thinking, and dreaming big. We can’t wait for parents and their kids to see these pivotal themes come to life in Caillou and in all of Peacock’s kids’ offerings.”

The new episodes will explore the daily life of the imaginative and curious four-year-old Caillou. Like most preschoolers, he is learning and growing a little more each day and doesn’t always get things right on the first try – despite his best efforts. However, with help from his parents, friends, and neighbors, and drawing on his adventures from his active imagination, Caillou reaches new understandings and discoveries as he learns never to give up and to keep pursuing his goals until he succeeds.

The five new Caillou specials will provide preschool-friendly event viewing throughout the year and tackle important topics such as bullying. Each story will push further into the creative potential of Caillou’s inner. By telling bigger stories, viewers better understand his struggles and victories, with the satisfaction of knowing they will always end happily.

One of WildBrain’s most popular animated kids’ shows, Caillou, has been viewed in over 140 countries worldwide. Created in Canada in 1997 and based on a series of bestselling children’s books inspired by the work of French child psychiatrist Dr. Françoise Dolto, the show is rooted in fostering healthy childhood development, imagination, curiosity, and emotional growth.